Fire Bullets Then Cannonballs: A Short Guide to Startup Growth

I first came across the concept “Fire Bullets, then Cannon Balls” in the book Great By Choice, written by Jim Collins and Morten Hansen. The writers pictured a scenario where a ship at sea is attacked by a hostile ship. The logical thing for the crew to do will be to first take some gun powder and fire some bullets, if it misses it then reloads, aim and fire more bullets until it hits the target and once it has done that, then it can destroy the hostile ship with a shot of cannonball. Of course, this is a straight forward explanation that doesn’t give context. As a startup or an entrepreneur, its almost certain that you want to take a linear path to growth. Some of the things you will likely do is to try and follow in the footsteps of your role models or some genius company. You might think, “if it works for them, it certainly should work for me”. Well guess what, that’s a path to doom.

Using myself as an example, all the startups I’ve built went through a process like this. I had an idea or teamed up with someone with an idea, we decide to make it a company, we go ahead and register the company, and before you know it we’re in “Busyness”. We always forget, perhaps ignore to do due diligence. In any industry and profession, there are ways to do things. It’s not because it’s the norms but because failing to do them will greatly undermine whatever effort you put in, and it sucks to see all that you’ve built come crashing down. Talking about taking a linear path, building startups without going through the basics of validating your idea, user research, building an MVP, identifying your beachhead market and host of stages you need to go through is akin to digging your own grave, believe me, I’ve been there. The greatest mistake you’ll make is to release a product that hasn’t gone through these stages. Building a startup is a very tedious task, it can be very frustrating but can also be fun and interesting if you follow some of the basic rules

There is no one size fits all approach but some of the basic principles don’t change. I’ll recommend you go through the Disciplined Entrepreneurship course by Massachusetts Institute of Technology (MIT). It’s one of the best courses I know. Firing bullets then cannonballs, what does that really mean? The best and less risky way to approach growth is to fire different ideas, an idea is a bullet. It might be a new or old idea, but when you try different ideas (fire bullets). Two to three things tend to happen, some ideas will win, some wouldn’t or worst all will fail (your bullets miss its target). Say you’re trying to build a new product in the EdTech space. You have an idea for a mobile app, a website, and a hardware device. Your ultimate goal is to build a solution that solves a particular problem in that space. You can choose to pursue one solution (shot a cannonball) out of the three, this will have one or two outcomes, win or lose. Should you lose, you’d have wasted time, energy, resources, and efforts all of which can’t be recovered. However, you may choose to fire three bullets (test the three ideas at once), this will allow you to share resources skillfully between the three products, while at it you’ll be able to learn which idea is working (bullets is about to hit target) and in the end you’ll know which doesn’t. Then you can go ahead and shoot a cannonball (put all your resources and energy) on the idea (bullet) that worked (hit the target).

So firing bullets and then cannonball in this scenario will look something like this. You take the three solutions and begin to test them at once. The mobile apps show some progress but because most of the users don’t have smartphones, growth is slow. The only effort you put perhaps was into building the app. The web app, however, shows some significant results, almost all your beachhead market loved it and prefers using it, even though your platform isn’t completely ready. The hardware was the opposite of the two, it requires huge cash upfront and cost a lot to customize and build, also the challenges of electricity coupled with a harsh environment makes it difficult for people to accept and use. You lost some significant investment. But here is the good part, of all your three ideas one proves to be a viable product. So you drop the other two ideas (mobile app and hardware) and put all your resources, energy and focus into the web app (shot a cannonball). This will, of course, be after you’ve learned from your mistakes, but then you use the learning and knowledge to shot a cannonball (launch the web app as your main product) to build a profitable solution.

There are other scenarios where you can fire bullets then cannonballs in real life not only as a startup or an entrepreneur. The most important thing is to understand the concept of trying different things but then sticking and focusing on those that worked or showed promised. Personally, like most entrepreneurs, I’ve fired several bullets but was unable to shot cannonballs. This is a typical mistake most young people make, they do a lot of things of which they’re good at but fail to prioritize and focus on the most promising or viable. I believe this concept if applied properly, will enable you to achieve a lot not only in business but in life. So from today, learn to fire some bullets but make sure you shot a cannonball after you hit a target. 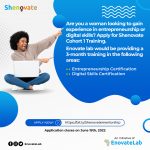 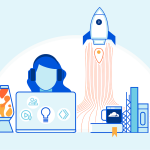 Areas You Can Build a Tech Startup Around 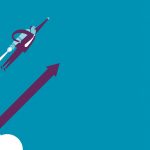 Startup Tips for a Successful Business